Although the title does state that this blog is about all the GOOD stuff, without word or mention of these fellas would mean to not be capturing the essence of the 90s.

You love 'em, you hate 'em, you love to hate 'em. The trio, the brothers, that band where the guys all have really long hair and girly voices. Too correct you are good sir, it is indeed Hanson.

The group had been recording since the early 90s, but hadn't broken into the mainstream 'til the fall of 1997. Like me, you probably hated on them for no apparent reason. Do you remember when you first experienced Hanson? I sure don't, but that girl in primary school you sat next to were head over heels for them. Best known for their hit single MMMBop, they created a storm and many preteen hearts were stolen, mostly females. You probably also remember the shirts and that sign. If you have no idea what I'm talking about, see below to get a feel for that slightly irate yet fleeting nostalgia.
The shirts all the females were wearing. 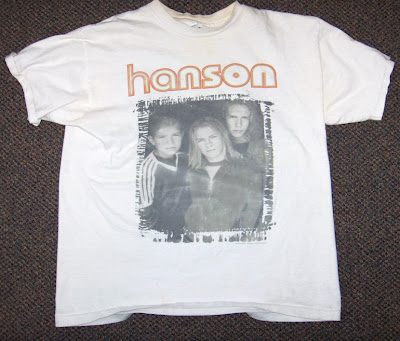 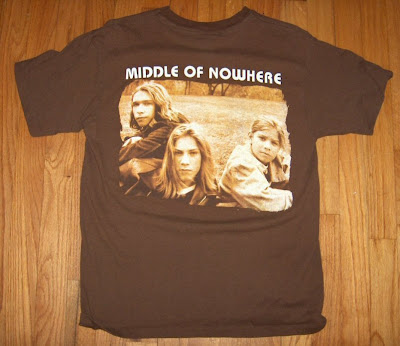 Lo and behold, the clip that started it all.